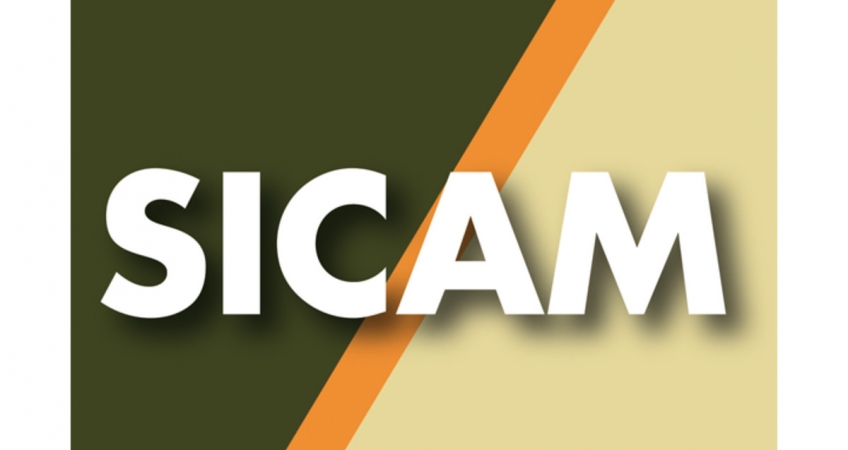 Today saw the end of the tenth edition of SICAM, the International Exhibition of Components, Accessories, and Semi-Finished Products for the Furniture Industry, with a very positive flow of professional and buyers from all over the world. The most highly respected players in international furnishing were present at Pordenone over the past four days. Numbers are up again on the previous edition, endorsing the quality and variety of products on exhibit. Over ­­­­8000 companies came to the trade fair to create business opportunities for the 612 exhibitors who, occupying the entire trade fair area and the new hall 10 with over 16,500 square metres of stands, brought the world’s current top level technological and design products to exhibit at SICAM.

The international rate of the event was extremely high again this year with 37% foreign visiting professionals and buyers registered from 104 countries abroad. This is an absolute record for the trade fair which has strengthened its standing as an event that annually generates new high-profile business relationships and opens up to new selected markets. Among the visiting foreign countries, after Germany which as always has proved the most highly represented catchment area, it has been the Chinese buyers that have grown immensely to take second place in the standings, thus confirming the growing interest that SICAM holds in the Asian markets. These are followed by Spain, Ukraine and Russia, then Slovenia, France, Croatia and Great Britain, as well as a strong presence from North America.

And so, the gradual and constant growth trend has been confirmed again this year, marking the developmental stages of the trade fair: a growth that originates from the fact that SICAM is an event where all the top global players of the furniture sector come together every year. And once more we can see the success of its well-rounded, consolidated format which benefits from an environment that is always very refined and unique in the world of trade fairs: an exemplar which has always been very highly respected by the operators at the trade fair.

A positive note of the tenth edition of SICAM was the event’s increased integration with the surrounding area, made possible this year by the special agreements arranged with ATAP to facilitate visiting operators in their comings and goings in the city, and with the local Environment and Territory authority, which ensured particular discounts in Pordenone shops for the trade fair operators. As SICAM’s organiser Carlo Giobbi said, “A few days ago I was talking about how the trade fair’s integration strengthens and works more and more every year and we have seen the results over the past few days. On our part, we have invested greatly in the growth of the event here in Pordenone and it has really pleased me to see how everyone recognises SICAM’s important role in generating resources and development for this area”.

The date for the next edition of SICAM has been set for October 2019: from Tuesday 15th to Friday 18th. Further growth is expected for the trade fair, acting once more as a driving force for the development of the Italian component and furniture industry, projecting Pordenone towards the most interesting international markets.